Let me tell you about the beginning of my collection. After reading an article in Autovisie 1996, I managed to get the address of Dutch Indy 500 winner Arie Luyendyk. I wrote him a letter to ask for his autograph. Months later I received a letter from the USA. I couldn’t remember the letter I sent to Arie and quickly opened the letter. I found a very nice signed card, the beginning of a new hobby. 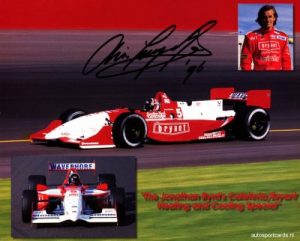 Since then I started collecting the Autograph Cards of the Dutch Drivers in special. I obtain these by mail,
by exchange with other collectors or by visiting races. Here I met Duncan Huisman at the Nürburgring 24H weekend. 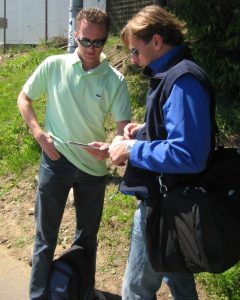 In 2007 I got my own racing licence. Since then I did several races in the amateur championship DNRT. I raced on these tracks: Zandvoort, Assen, Zolder, Spa Francorchamps, Nürburgring and Oschersleben. Since 2015 I compete in the BMW Compact class, driving a BMW 318ti. This is a nice car to drive, 150 bhp on 1100 kilo is enough and the rwd makes the fun complete!